The children’s hospital run by Emergency in Nyala, the capital of South Darfur, has great symbolic value. It is not just an answer to the emergency, but also an example of how to reconsider the future from an unconventional angle: by focusing on genuinely sustainable development for the planet as a whole.
So we felt that the only effective way of tackling the project was to seek maximum simplicity. That meant reducing the superfluous, as an experiment in “degrowth” to be tested in this corner of the world and indeed elsewhere too.
The result has been a combination of modernity and tradition, adopted concretely and not ideologically. The innovation consisted not so much in the technology adopted as in the way it was harnessed.
This experiment in “technological degrowth” was carried out in a difficult context but without lowering the high level of comfort required by a hospital: an example of how a technology for tomorrow can be interpreted through the difficulties of today.
This eco-friendly hospital is built round an enormous Tabaldi (baobab) tree, a focal point from which the whole scheme radiated.
Constructed in double-ended bearing brick tiles (produced in the city’s furnaces) with a ventilated chamber, the building exploits the principles of the Arab courtyard house while minimising the sides exposed to the sun. This is achieved by using woven bamboo shade-screens inspired by the same traditional fence systems adopted for refugee camps.
For the roof, a technique very common in Nyala was chosen. Lowered brick tile vaults called jagharsch (from harsch, which in Arabic means “arch”) are protected from direct sunlight by a false roof in metal with a ventilated air chamber. Particularly harsh climatic factors with temperatures often above 40°C are aggravated by the problem of dust raised by strong desert winds. It was therefore necessary to carry out an extensive study regarding innovative cooling, insulation and filtration systems. Plant facilities are reduced to the essential, while maintaining the high degree of comfort and standards required by Emergency. The air recycling is thus inspired by traditional Iranian systems of natural ventilation. Called badgir, these are combined with a mechanical system that uses industrial-type water coolers. This treatment creates a thermal delta of about 10 degrees and a 70 per cent reduction in electricity consumption compared to standard air-conditioning systems.
The Emergency hospital is unmistakably a public building that seeks to exorcise the reality of a still precarious world. It speaks the language of a different modernity, where degrowth affords an opportunity to build a modicum of justice. 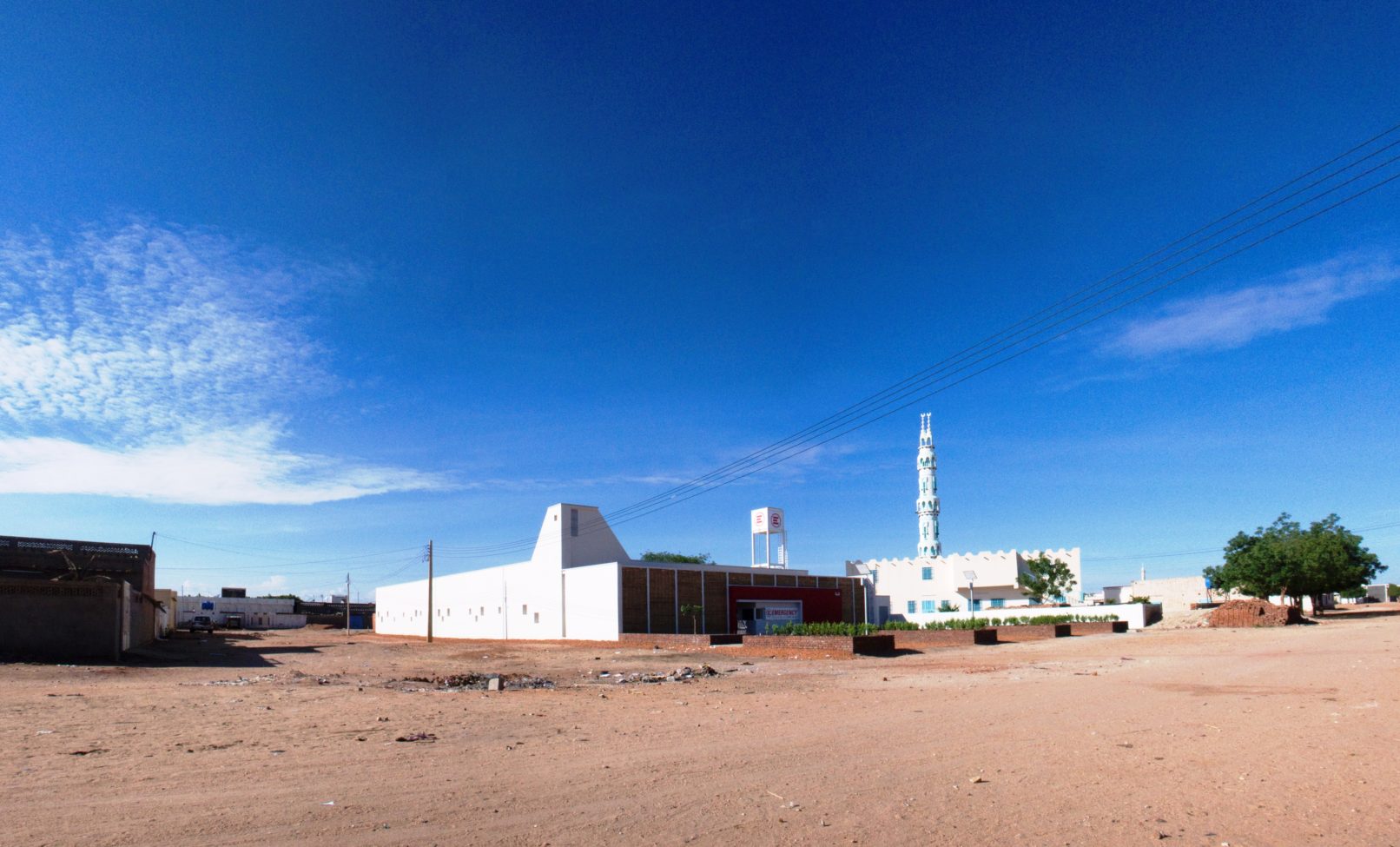 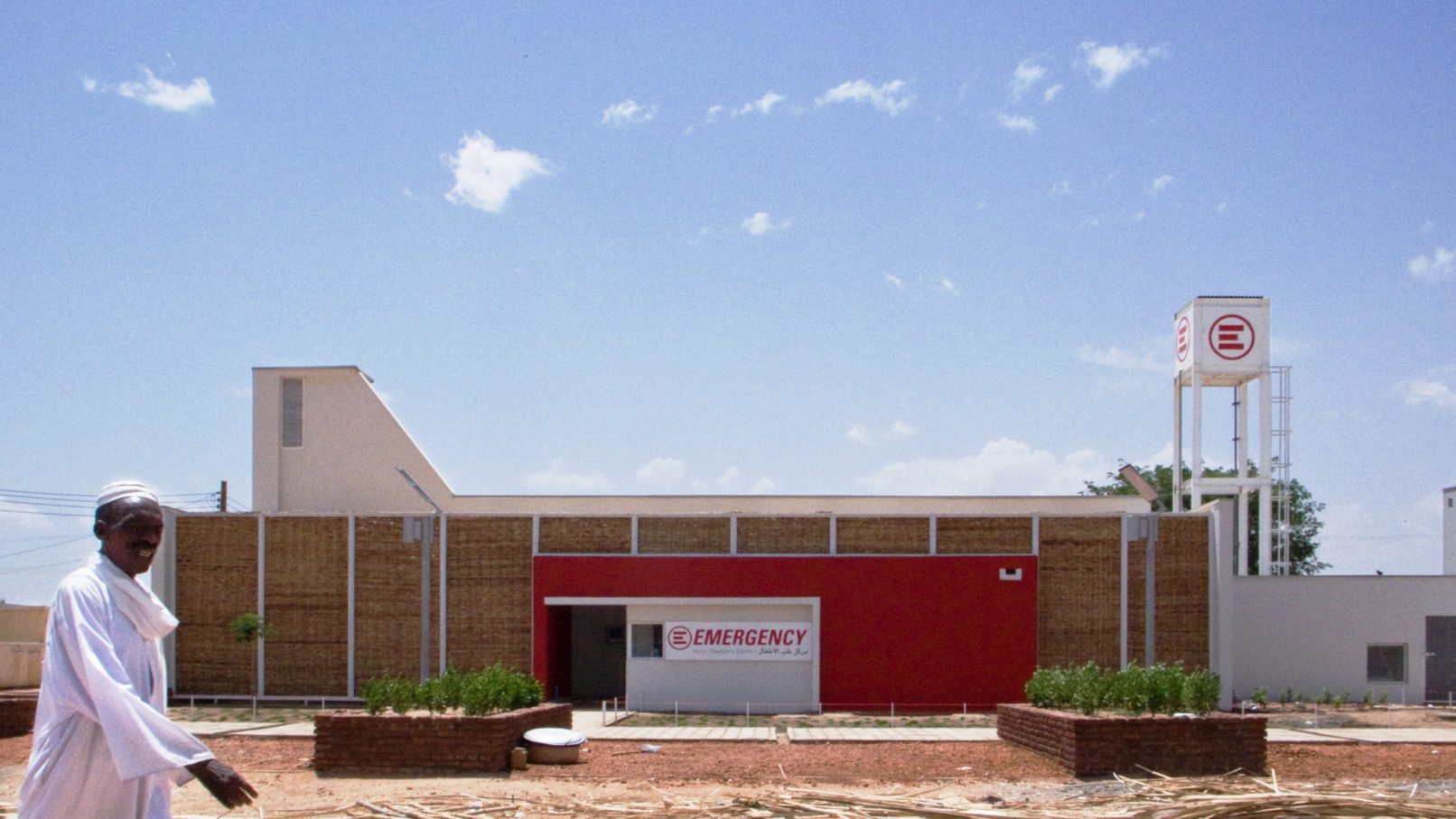 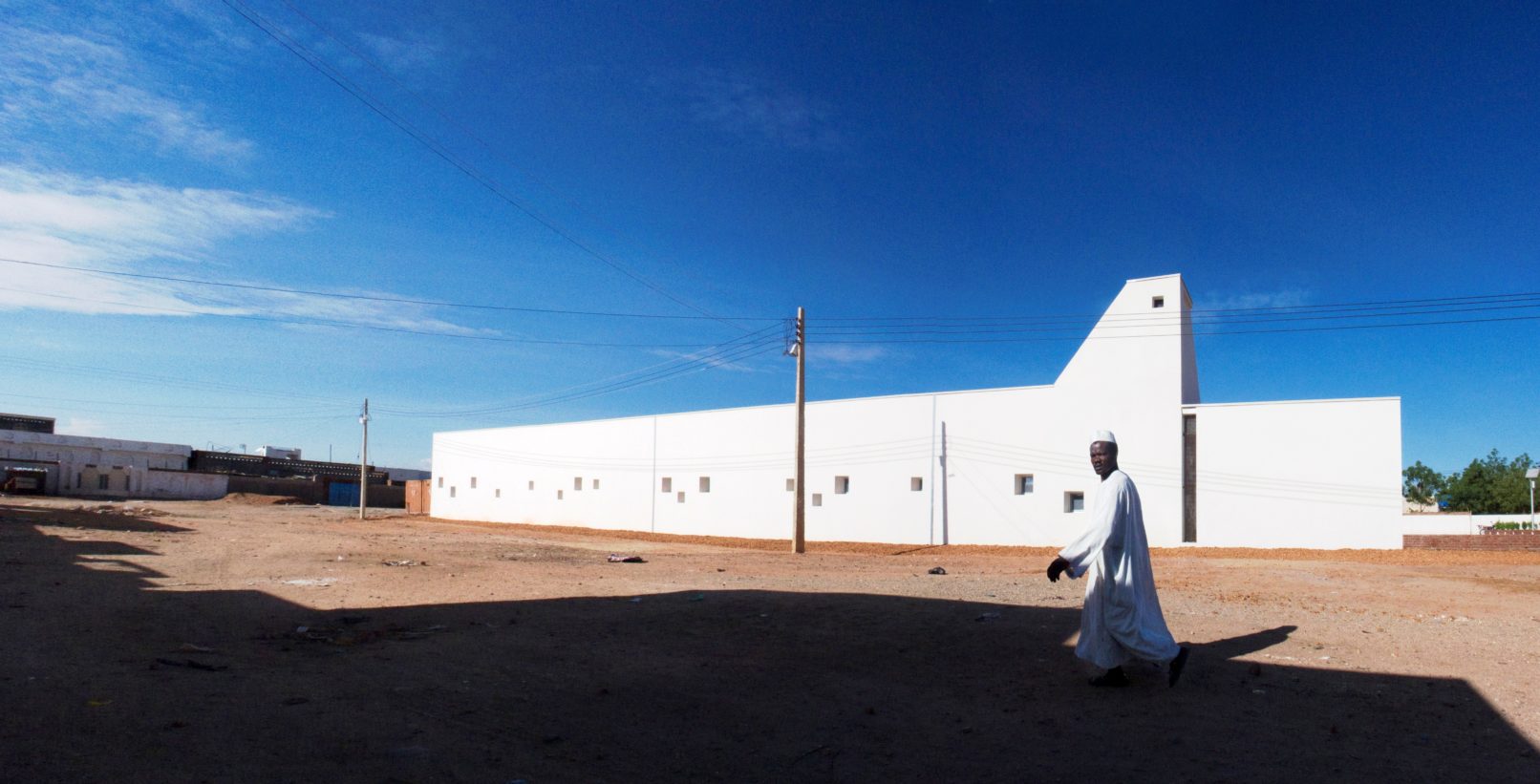 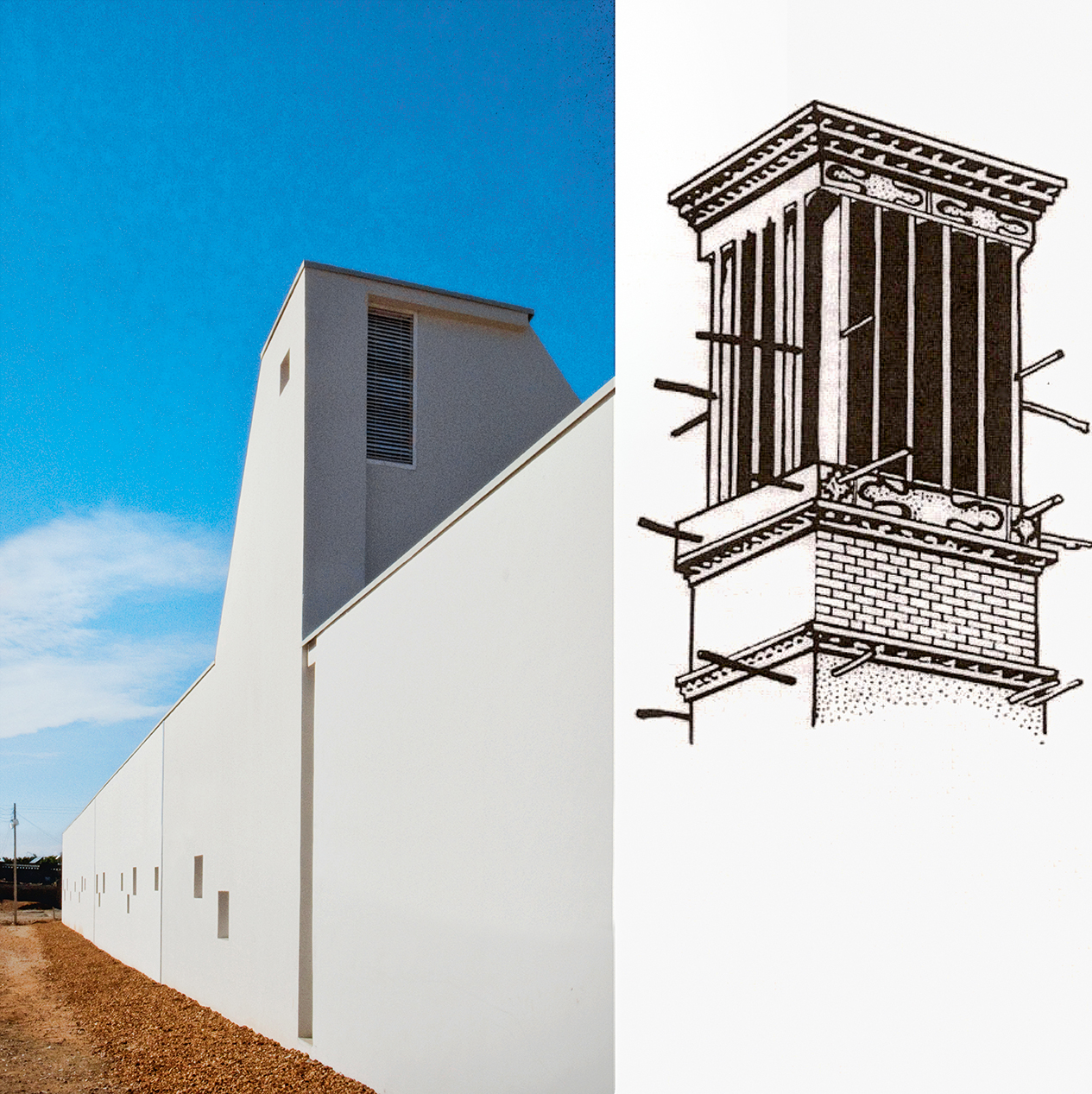 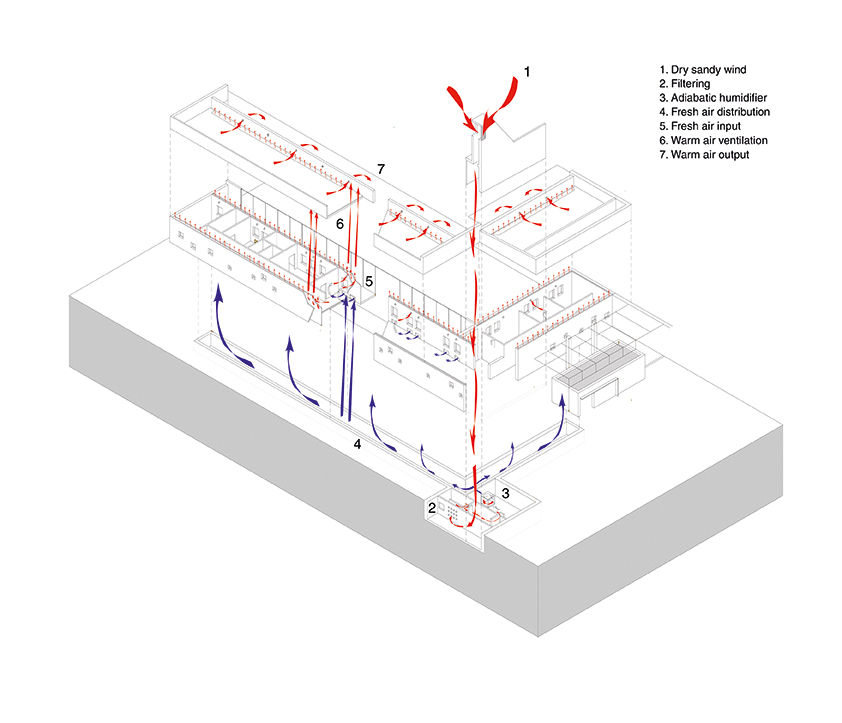 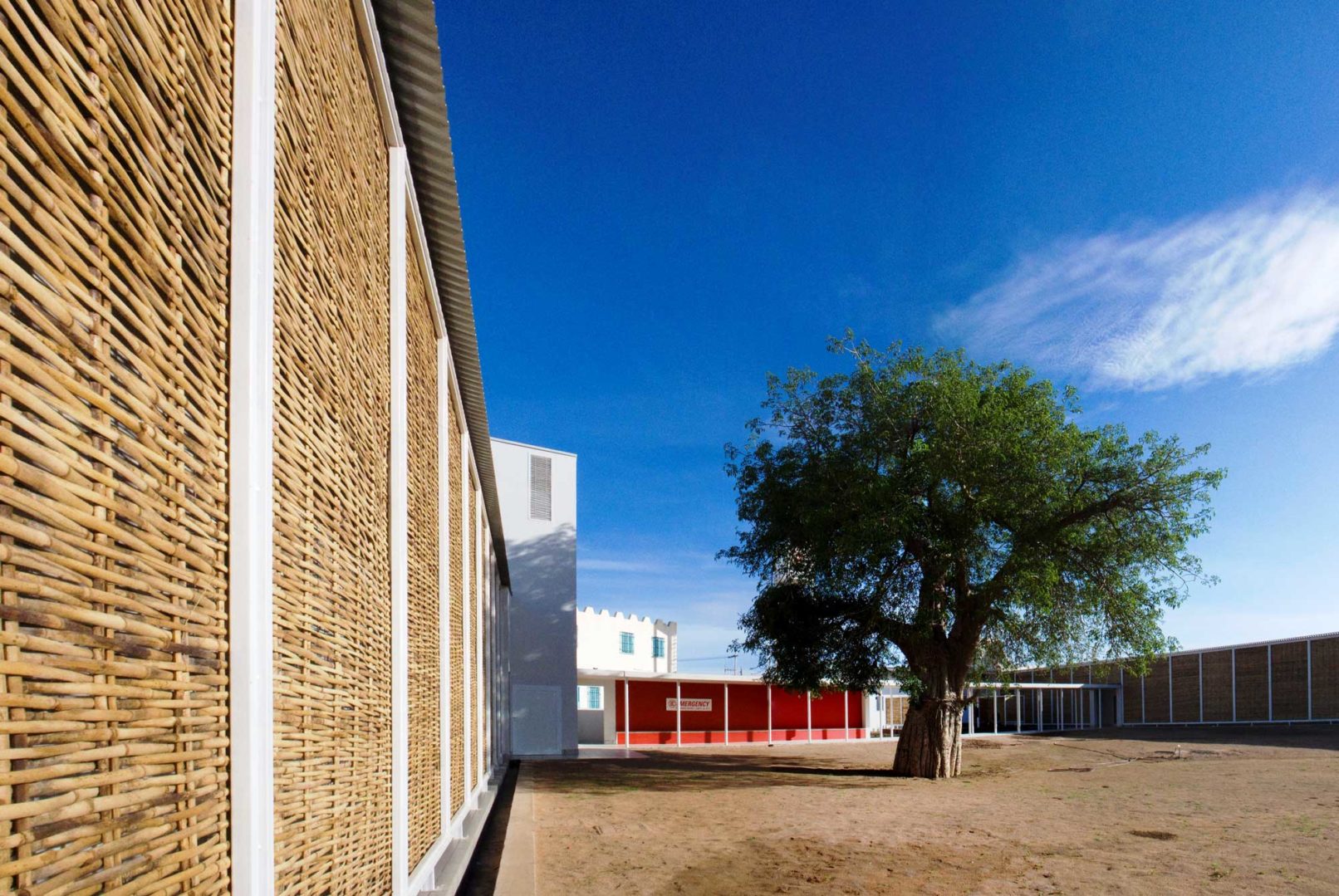 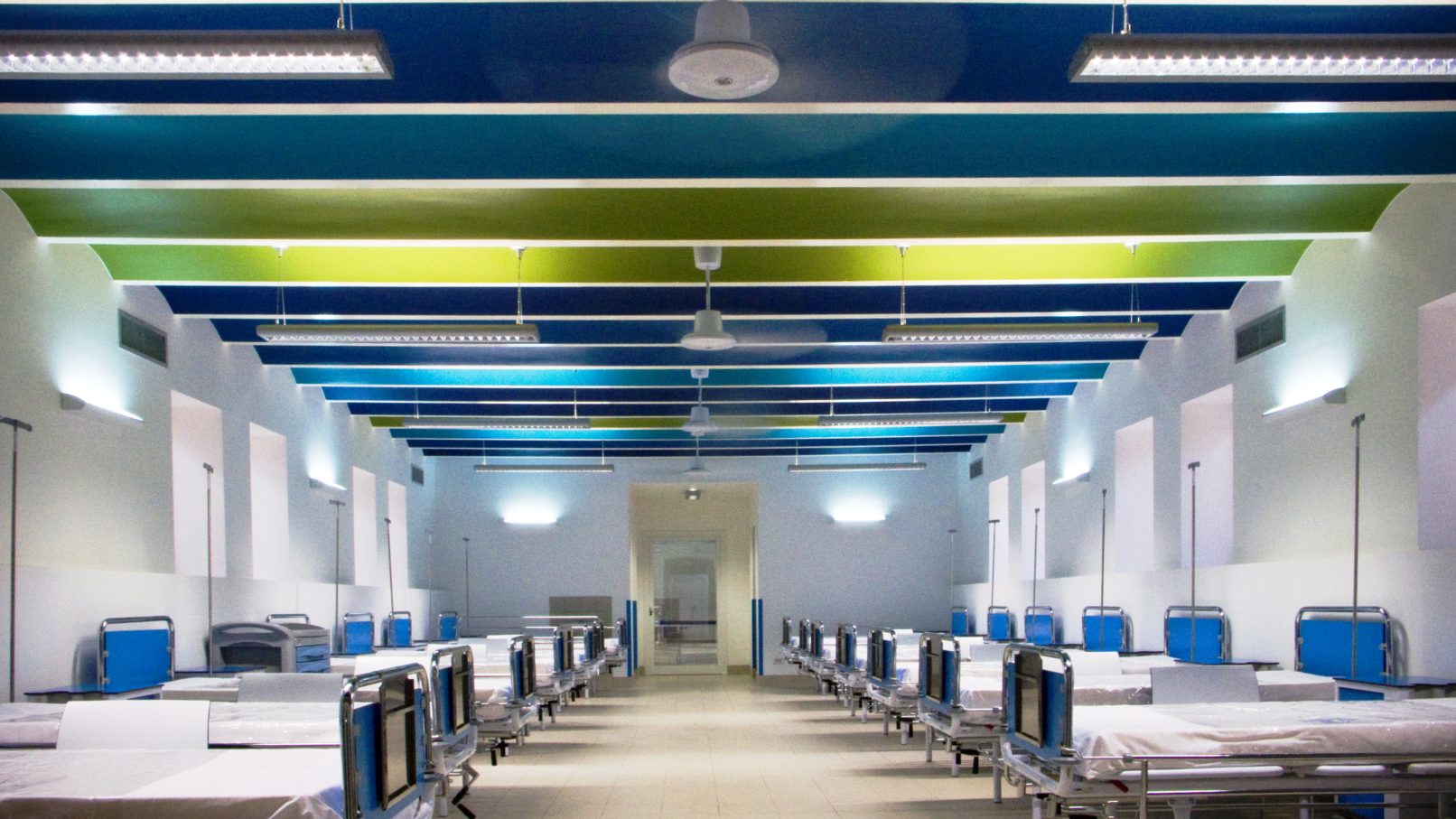 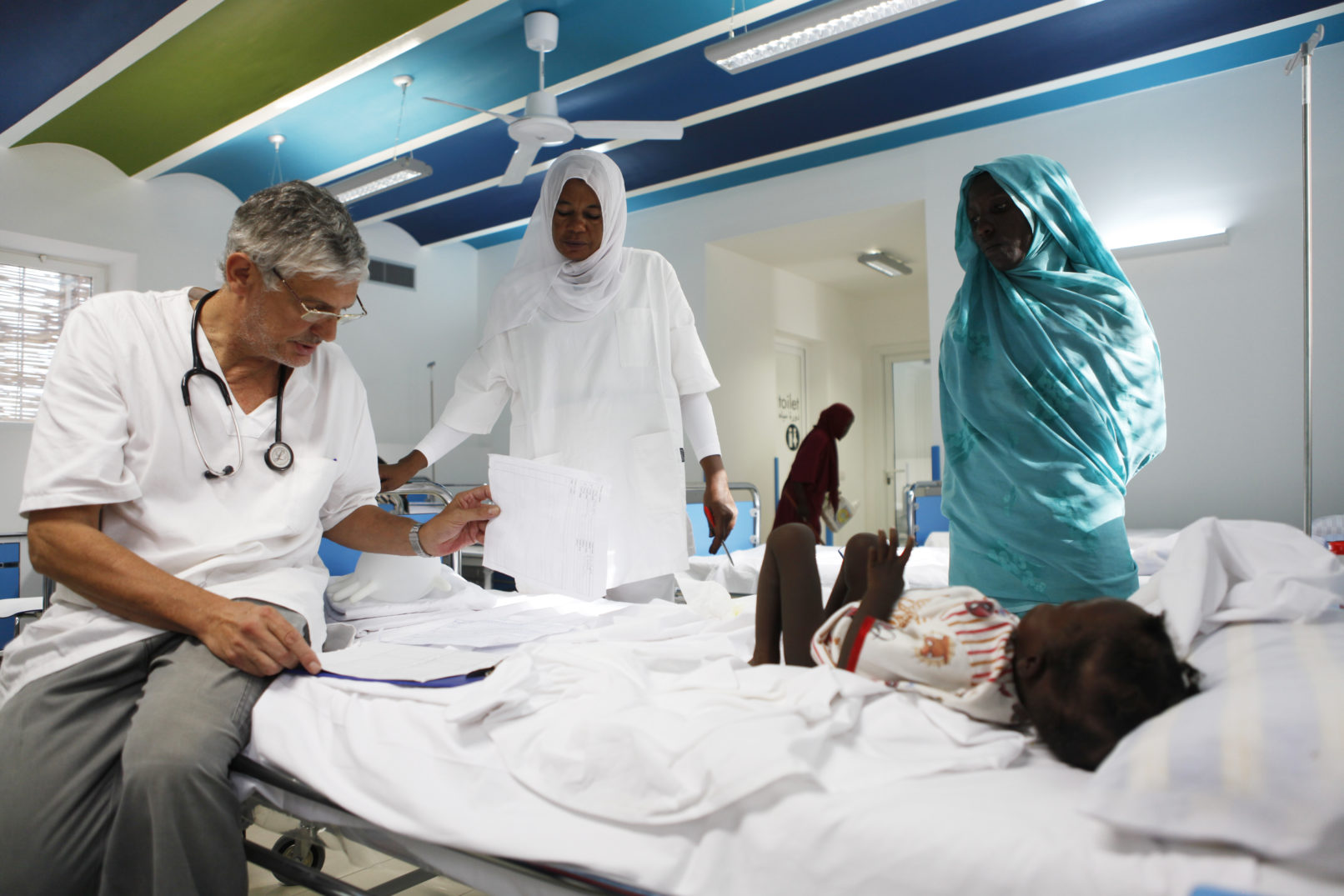 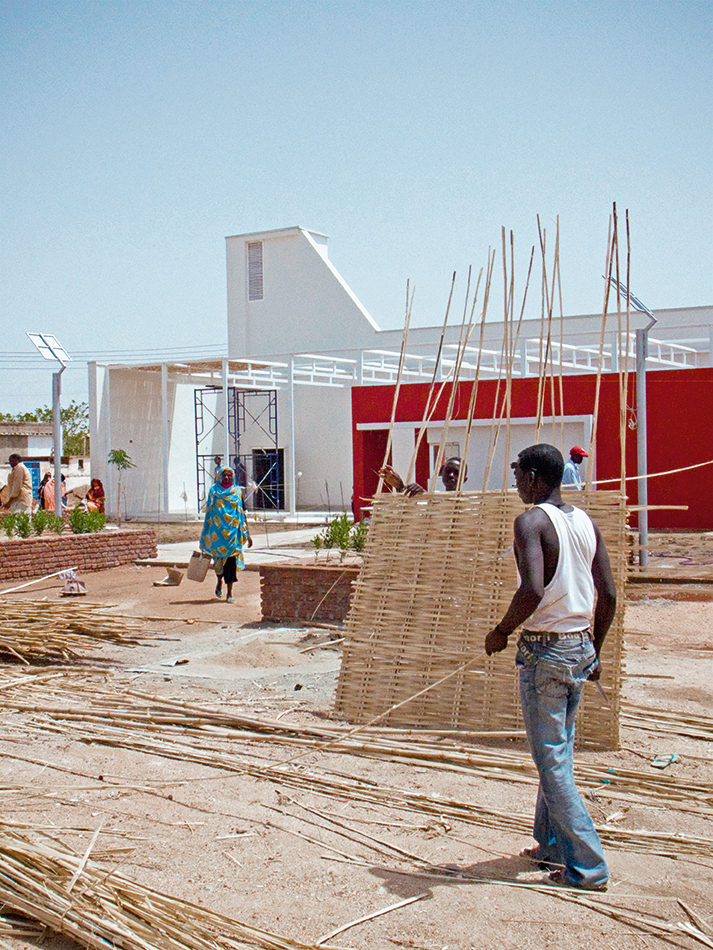 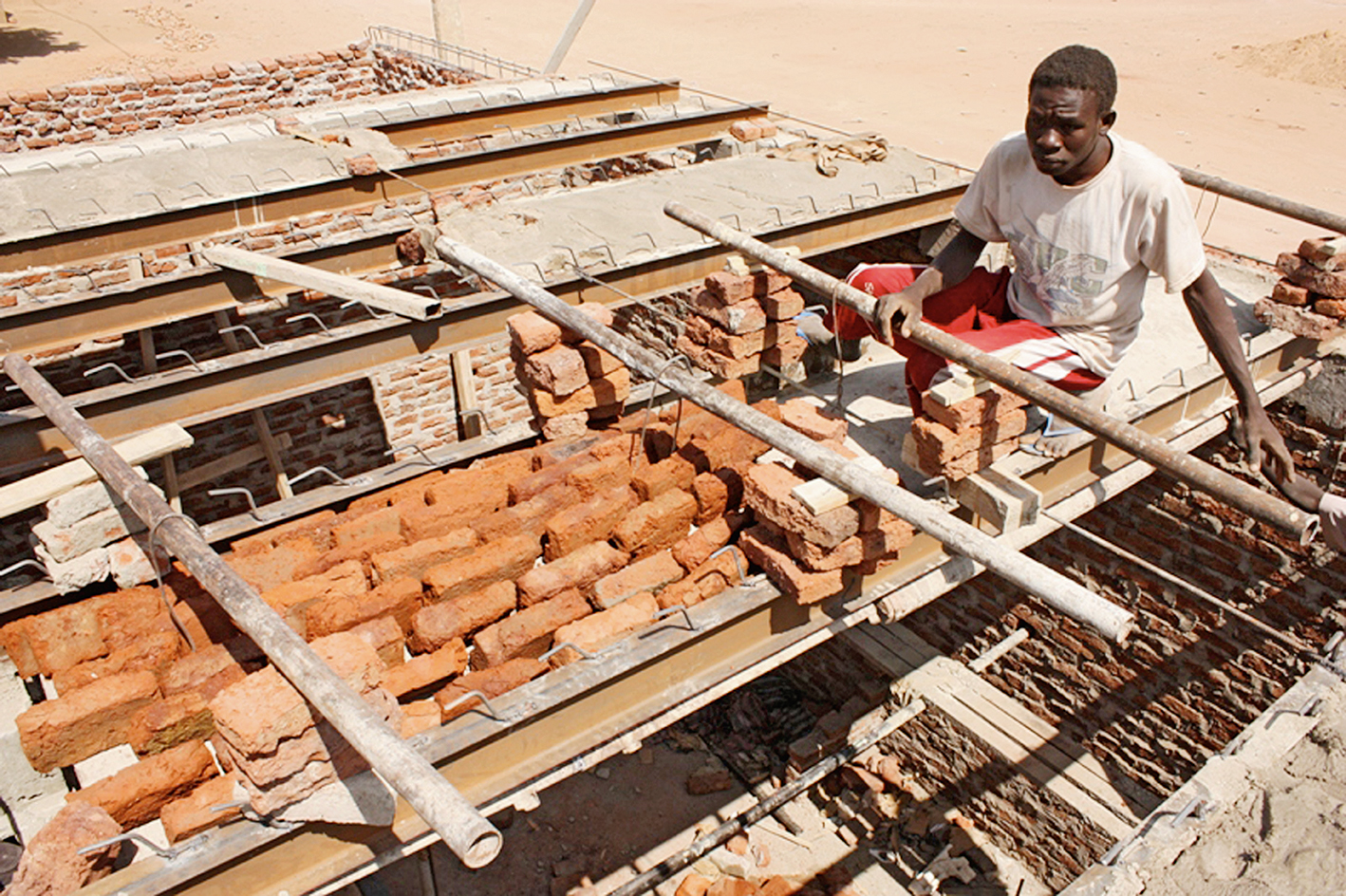